I won’t lie to you – I am very much emotionally tied to the European Collaboration Summit (formerly known as SharePoint and Project Conference Adriatics) from a number of different reasons. Not only because it was brought to life six years ago by my very good friends but also because from its very first iteration, it was breathing in and out the pure essence of the community spirit. That was the credit of everyone involved – the organization, speakers, sponsors and last, but definitely not least, the attendees. You need a good mixture of everything for an event to succeed.

Until this year, the event took place every year in Zagreb, Croatia. Despite some silly concerns and questions received from time to time (Is it safe there? :)), it was always well visited. But this year the organization decided to try something new and moved the location to a bit more central location – Mainz, Germany. With a distance of less than 50 km from Frankfurt am Main, Mainz is in a direct proximity of two very busy airports. Needless to say that Frankfurt Airport, with its 64 million passengers in year 2017 only, is one of the main European hubs. I believe this made it lot easier for a lot of people to come and visit the event.

I’ll start with 1605. No, it doesn’t represent a Windows 10 version, it stands for the number of people sharing the same space over the course of three days – learning, networking, having fun. The #collabsummit vibe was absolutely beautiful and one could feel being between friends and family. Made me personally wish it went on for a couple days more.

7000 cups of coffee. And it was needed, indeed. There was a lot of stuff going on, lot to see and people needed to recharge. Not sure how we got this metric (it does sound reasonable though) and I am really curious about the amount of beer flowing during those 3 days.

103 sessions in 6 tracks – Huge amount of a really good content. More about it in a moment

6 awesome full-day workshops, held by world-renowned experts in their areas.

The pre-conf day included six full-day workshops. They covered a broad range of topics and the attendees took a deep dive into each individual topic. I would recommend taking this kind of stuff wherever possible – during a regular session, which, depending on a conference, takes from 45 to 75 minutes, we can scratch the surface, show some new things, open the appetite and show a general direction for the further research. Full day workshops are the place where you can go deeper into the topics and take away much, much more.

Everything you wanted to know about Power BI (but were afraid to ask!)
John P. White (MVP) and Jason Himmelstein (MVP)

The conference was opened with the keynote delivered by Dan Holme, Director of Product Marketing, OneDrive and SharePoint (Microsoft). Dan did a great introduction to the next two days by talking about teamwork and collaboration in the modern workplace with innovations in Microsoft 365. 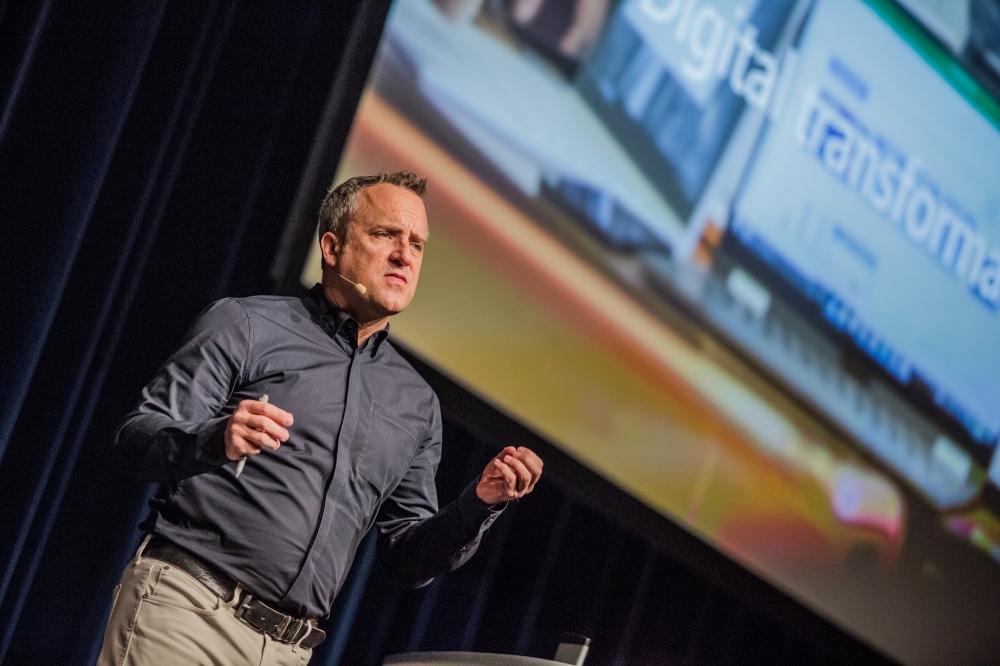 Moving forward, two conference days covered all possible topics, all thanks to the great speakers which delivered 103 top-notch sessions. The sessions were carefully selected by the content team and I know that Spencer Harbar, Martina Grom, Vesa Juvonen and Mike Fitzmaurice had a really hard job on picking the content from the huge amount of session submissions. But they did an awesome job there, which resulted in a stellar agenda.

I’m not going to list all the sessions, this is surely neither the place or exercise for that. During the two conference days, the sessions addressed business, developer, IT Pro and digital transformation aspects and covered following topics:

Great discussions! That must have been said. I enjoyed participating in the SharePoint 2019 panel, where we addressed some questions and concerns the customer have in regards to the future of SharePoint. We used AMA panel (“Ask Microsoft Anything”) to discuss general topics, which were not necessarily tied to SharePoint.

All in all, I feel it is rather hard to try to bring you the impressions from the conference in form of words, without making it injustice. The #collabsummit vibe is something that needs to be experienced first hand. To bring it a bit closer to you, here is the video which closed the conference and which captured some of it. And just by seeing this vast amount of people which invested their time and effort to make the event happen shows the real power of the community.

European Collaboration Summit is coming back next year! It will be held at the same location, in Mainz, Germany. Be sure to block June 3-5 2019 in your calendars and head now to www.collabsummit.eu and subscribe to the mailing list to get the news and updates about the conference. More information is coming in a course of the next couple of months.

To everyone involved – organization, sponsors, speakers and attendees – THANK YOU! Thank you for being a part of something amazing and thank you for making it amazing! I just can’t wait for the next #collabsummit.

See you there next year. Peace and love.